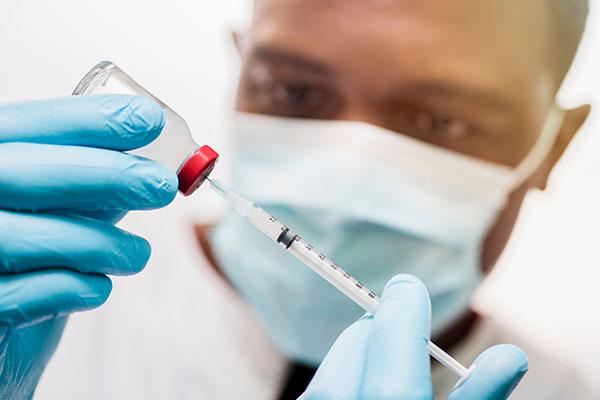 Funded through an R24 grant from the National Insitutes of Health beginning in 2015, LEAP’s Phase 1 mission during its first five years supported scientific innovation, established a communications and data hub, and developed a Modelling and Simulation Core Service to help investigators indentify the most promising approaches to LA/ER product development soley for antiretroviral therapy for HIV.

Now in its second five years, the program’s mission is to:

END_OF_DOCUMENT_TOKEN_TO_BE_REPLACED

Antiretroviral therapy (ART) has produced a radical decline in mortality and morbidity from HIV; however, infections continue to occur at an alarming rate, and treatments fail in an estimated 8% of treatment-naïve and 33% of treatment-experienced patients within the first year of beginning a new regimen.  Currently available formulations necessitate lifelong daily dosing, and suboptimal adherence leads to treatment failure and low rates of protection for PrEP. Additionally, people living with HIV are more susceptible to infection from other diseases, including tuberculosis and viral hepatitis, and comorbidity exacerbates treatment challenges exponentially.

An important potential solution to many of the problems associated with life-long treatment is the development of long-acting/extended-release (LA/ER) injectable or implantable forms of approved and investigational drug combinations that could be given infrequently, either in the clinic or at home.  However, there are significant financial and regulatory risks inherent in the development of these formulations, and often the scientists who are developing these compounds outside of industry have insufficient access to the necessary technical expertise, clinical investigators, and community representatives to advance these products. As a consequence, the development of existing and new LA/ER products is a slow and laborious process and may discourage many from their pursuit.

Established in 2015 under an R24 Award from NIAID, LEAP — the Long-Acting/Extended Release Anti-infective Research Resource Program — provides broad-based scientific support to accelerate the development of novel LA/ER formulations for the treatment and prevention of HIV and related infections. As the only such program in existence, LEAP has become a facilitator of the global conversation on LA/ER anti-infective development and has brought many of the world’s key stakeholders into this conversation. The LEAP Process to facilitate drug and formulation development begins with a landscape analysis, identifying knowledge gaps and barriers, simulating best product characteristics, communicating potential solutions, and then tracking product outcomes.

The first LA/ER formulations for treatment and prevention of HIV — cabotegravir and rilpivirine — completed Phase 3 clinical development in early 2019, supported by LEAP consultation. Nonetheless, this 2-drug regimen has important limitations, including large volume intramuscular injections, lack of activity against hepatitis B virus, and the development of drug resistance. There remains a need for less frequent dosing, greater patient convenience, and reduced risk of virologic failure. Product development is still fraught with difficulties that include questions about how to prevent and manage toxicities, and how to make these products accessible in resource-limited settings and for vulnerable populations that include children, adolescents, and pregnant women. Long-acting drug delivery also has the potential to transform the treatment and prevention of infections such as tuberculosis and viral hepaitits, but that potential is not being realized. The need to maintain and build upon the momentum already generated by LEAP is greater than ever.